New release of the QompliGIS plugin

QompliGIS is a plugin for checking data (in .shp, .gpkg and .dxf formats) for manipulation and integration. The plugin offers a variety of control points: on attributes, geometries, projection systems. For a more detailed presentation, we refer you to our previous article on this plugin.

Some users have asked us to facilitate the migration of their verification tools to QompliGIS. We listened to them and we have implemented improvements to the plugin.

The first new feature is the integration of new control points on the structure of geometries and the topology of layers.
In the previous version of the plugin, options were proposed according to the type of geometry. For example, for a layer with a polygon geometry, you could check for curves, holes and a minimum area.

Now, there are five additional geometry and topology options that apply regardless of the geometry type. The plugin can now check for:

These control points have been placed in a new section of the interface. 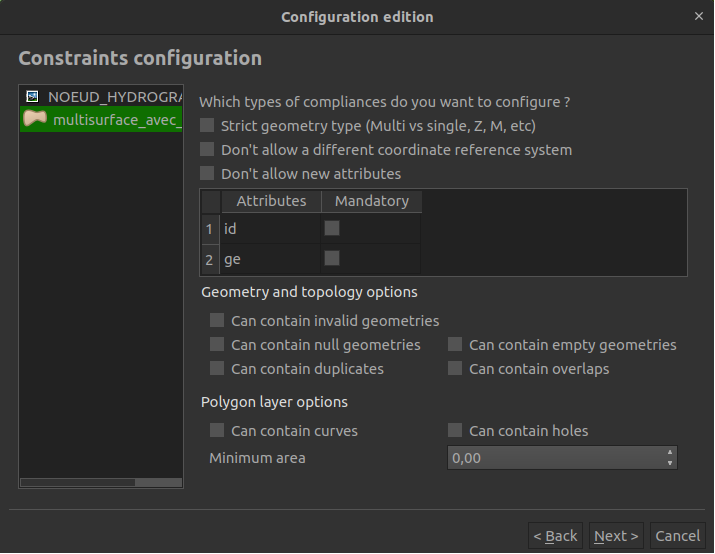 The second new feature concerns the output formats of the compliance report.
From now on, you can export the report in JSON (JavaScript Object Notation) format. 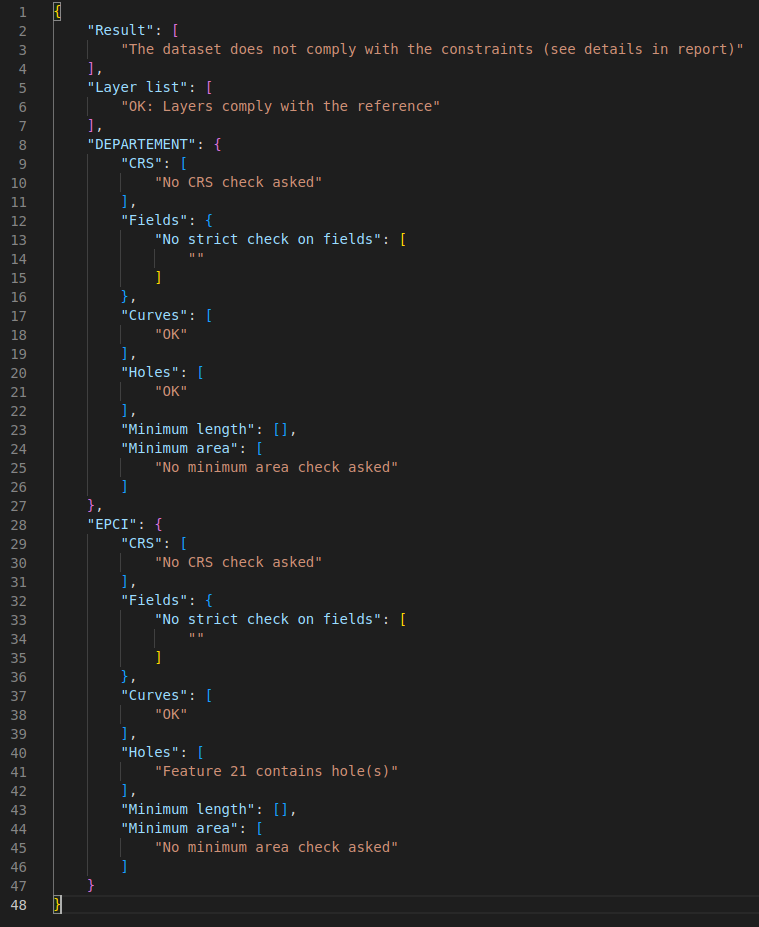 In addition, the HTML report has been enhanced with:

The report can now be exported in 3 formats:

Among other things, this new version of the plugin fixes a bug that appeared when editing some configuration files.
When you tried to edit an existing configuration with layers where at least one field had been added/removed, an error appeared. To overcome this problem, the only solution was to create a new configuration. This was very time-consuming depending on the number of layers to be checked and required to remember the control points defined in the previous configuration.
Now, when fields have been added/deleted, the user is informed by a notification displayed in the center of the screen. For each layer, he gets the number and the name of the added/removed field(s). Then, the user can edit his existing configuration. 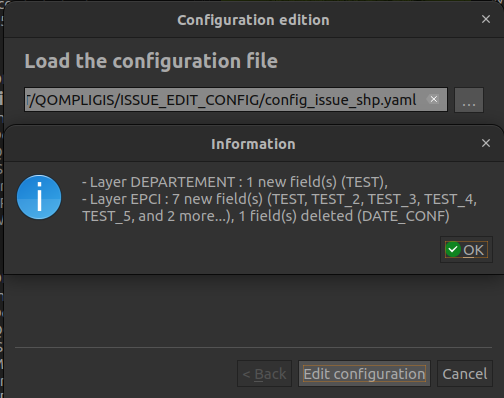 Collaboration with the University of Grenoble Alpes

This new version is not only the result of the work of Oslandia teams.
The students of the University of Grenoble Alpes of the GEOMAS course, with the support of their professor Humbert Fiorino, have considerably contributed to the development of the first two new features mentioned in the article.

They took part in the collaborative development exercise on the GitHub platform before sending us the code developed by the merge request mechanism.
Then, Oslandia teams were in charge of the analysis and integration, making sure that the code was of high quality and that good development practices were respected.

We thank them for their contribution and congratulate the students for their quality work.

At Oslandia, we are working hard to free you from proprietary software so that you can control the structure of your data and ensure quality in the data you handle and eventually deliver.

If you want to know how to achieve this or contribute to these tools, you can contact us by mail.