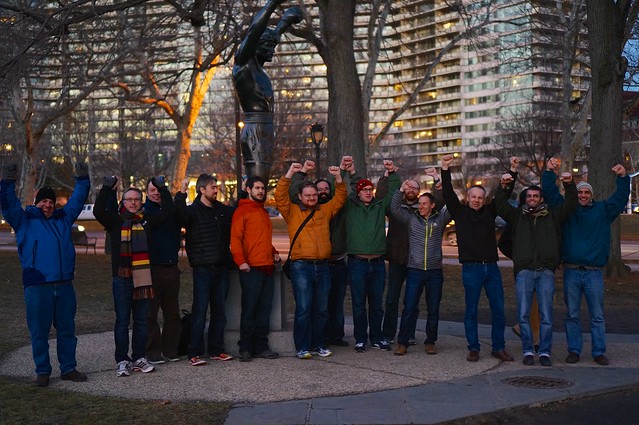 Around 40 developers joined to work on their favorite OpenSource geospatial projects. The event, perfectly organized by the local folks from Azavea, took place at the Friends center and went on from tuesday to friday, alternating between serious coding time and unformal and funny sessions during the evening.

This is definitly a good time to thank all the sponsors who made the event possible. Location tech has been a gold sponsor, Airborne interactive and Boundless contributed at silver level, and bronze sponsors include AGI, CartoDB, Coordinate Solutions, Hobu, Mapzen, Mobile Geographics, OpenSCG and Typesafe. FOSSGIS.de local chapter also contributed, and Azavea organized everything.

You can have a look at `Jody’s pictures on Flickr.

Good job has been achieved during these 4 days, and here is a little excerpt of some advancements you will see soon in the OpenSource GIS world.

The Mapserver team has released version 7, a new major version, with the following improvements :

As a nice transition to next subject, have a look at the 3D Mapserver team ! 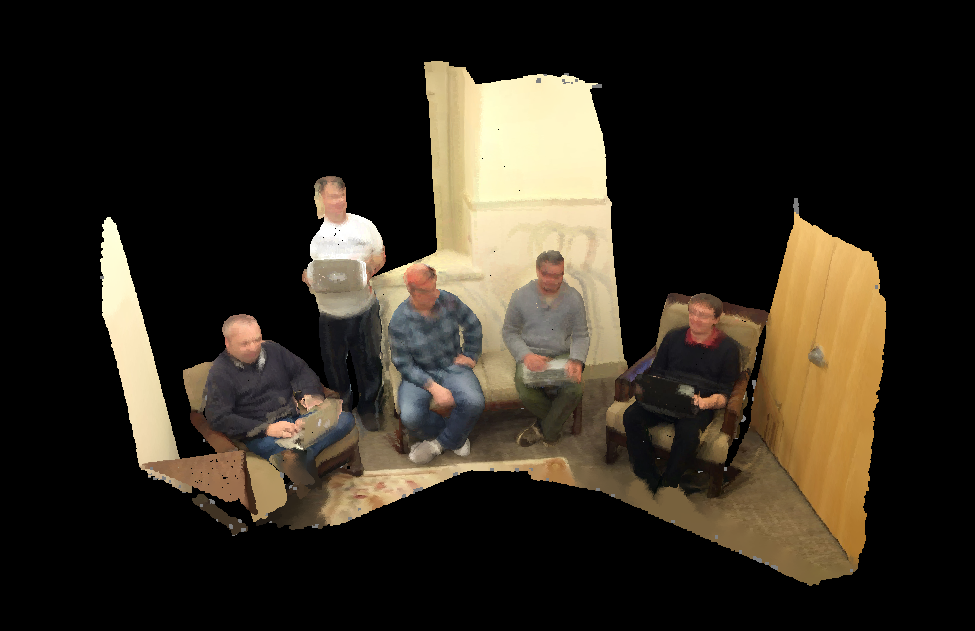 This codesprint has seen major efforts on the Point Cloud data side. Among the projects, PDAL, Plas.io, poTree, GreyHound… This is a really active domain. But the main point (!) was about collaboration and share of ideas, concepts and software on how to use PointCloud data on the web. Howard Butler, after a « name the thing » brainstorming session, launched the PointDown initiative, so that the community can collaborate on creating specs for better interoperability.

The process is fully open, and follows the way GeoJSON emerged as a specification. You can read the PointDown Charter and follow the GitHub repository, but the most important is to join the discussion.

Vincent Mora and Vincent Picavet took part of the event, and worked mainly on two subjects :

We worked hard and achieved good results, as you can see below.

Docker PGGIS is a docker container, including PostgreSQL and all GIS related components on top of it. Vincent Picavet worked on this project and released version 1.6, including the following enhancements.

You can now directly benefit from all of this with a single command line : sudo docker.io run –rm -P –name pggis_test oslandia/pggis /sbin/my_init

Reminder : this is a tool for development, do not use in production !

Vincent Mora worked on using Cesium as a 3D web client for our 3D GIS software stack. We already had published a demo of Cuardo for visualization of 3D buildings with textures and more.

Now we can have the following architecture in place :

The video below displays a short demo of the current working code.

There is still work needed to clean the code, add tiling, caching and better LOD, improve performances on client and server sides, but this achievement proves that we are on the right track for the future of 3D OpenSource GIS.

Should you be interested in this work, want to help and fund,  contact us at infos+3d@oslandia.com . We are really interested in hearing your use cases and requirements.